Be a Rebellious Fish with Norwegian Cruise Lines

OK, A little know fact in the cruise world is that there was and is a ‘Rebellious Fish‘.

Let’s take you back to 1999 with a new Millennium dawning and at the the time it was normal in the cruise industry to have fixed dining times, formal attire in restaurants, Las Vegas style review shows by the ships staff. There was nothing wrong with this and personally this was one of the reasons I fell in love with cruising.

Norwegian Cruise Lines had an older fleet then including the SS Norway (formerly the Ocean Liner SS France) and found themselves in a congested cruise market with their rivals building bigger and newer ships.

A few months later in spring 2000 Norwegian Cruise Lines announced one of the biggest shifts in cruise industry history with the introduction of ‘Freestyle Cruising‘ which promised you could ‘Dine when you want, where you want and with whom you want‘. This was a total shift from traditional cruising and NCL decided to put their guests in control of their cruise holiday and not the Maitre’ D.

At the time so many cruise executives from rival cruise lines said to me ‘Anthony, watch this, it wont work, guests want fixed dining, guests want formal, guests want the same waiters each evening, trust me Anthony in a years time NCL will change back to traditional cruising’.  It is now 2019 and all I can say that imitation is the best form of flattery and most major cruise lines now offer flexible dining and are putting the guest first.

The drinks above is a signature cocktail by NCL called ‘The Rebellious Fish’, be warned though they are strong so maybe take it easy in the sunshine drinking them, if you would like to make a Rebellious Fish at home the ingredients are:

As a signature drink of Norwegian Cruise Line, the Rebellious Fish is as eye-catching as it is refreshing. Most often served in a fishbowl-type glass, this colourful drink is garnished with fresh berries. Yum!

We wont tell you the mix as let’s face it we are all a Rebellious Fish deep down so make this drink the way you want it.

Cruise365 quite often give away a Premium Drinks Package on our special Norwegian Cruise Line offers allowing you to try the Rebellious Fish and any other alcoholic drink up to the value of $15 per serving. 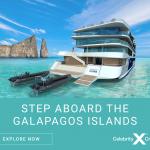 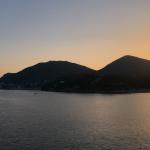 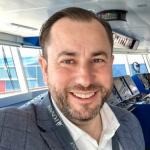