We Explored Norwegian Prima and Iceland, and you can too

Anthony and Hannah from the Cruise 365 team are just back from the inaugural sailing of the brand new Norwegian Prima, and we can’t believe how amazing she is! 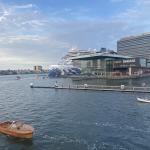 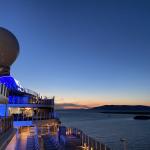 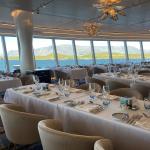 Where else could you find G-Force slides, a three-story Go-Kart race track, water slides, interactive mini golf and a full virtual reality studio in one place? The activities on Norwegian Prima are a whole new level. We spent most of our leisure time on Deck 18, where you can find ‘The Studio.’ The Studio is like a sports court, made up of all your favourite games, such as table tennis, table shuffle board, pickle ball, table football and even beer pong. Also on that deck, Tee Time and The Bull’s Eye were personal favourites of ours.

After 9 holes of competitive mini golf, what better way to calm down with a game of interactive darts (said no one ever). The Bull’s Eye is an interactive darts lounge next to Tee Time that is a true gem of the ship.

Other activities that were a stand out for us had to include The Galaxy Pavilion and The Prima Speedway. The Galaxy Pavilion is a virtual reality retreat, where you can fight zombies on the dark ride, channel your inner Tyson Fury on the boxing game, race like a F1 driver and even play dodgeball against yourself. Disclaimer- you will come out dizzy!

The Prima Speedway is the first ever three story race track at sea and it definitely didn’t disappoint! With speeds of up to 40mph, I can think of worse places I could be on a Sunday than racing around in the middle of the Ocean.

Take a trip on your ‘wild slide’. The Drop is the industry’s first free-fall slide and is simply just a massive adrenaline rush. Then you have The Rush, duelling slides, perfect for racing a friend to see who can reach the bottom first. Perhaps you prefer a splash of water? Wave is perfect for all you water babies as it is the waterslide on board. 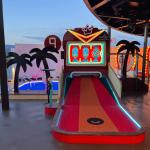 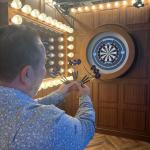 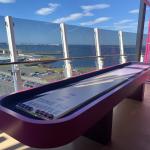 The food on Norwegian Prima was revolutionary for Norwegian Cruise Lines, it was fantastic. The dining places on Prima were plentiful, yet intimate, which eliminated the infamous battle of trying to find a seat at the buffet. Our favourites were the casual offerings such as the Indulge Food Hall, where you could have anything from Indian to Steak and Tapas, ordered on your table’s iPad and delivered instantly and The Local Bar and Grill. The Local had the best casual home comforts such as gourmet Hotdogs, Fish n Chips and Cheeseburgers, as well as classics such as Chicken Ceaser Salads, which hit the spot perfectly. The local is open from early morning, offering English and American breakfasts, and opened late, offering a dining option for the majority of the day.

Like many of NCL’s other ships, the ship has two main dining rooms, which on Prima are named Hudson’s and The Commodore room, with Hudson’s being a stand out due to its 270 degree panoramic views out the back of the ship.

Prima offers more outdoor spaces than any other ship, with Deck 8 having a full wrap around. Take a stroll along Ocean Boulevard and if you’re brave enough, have a look down through the glass to the Ocean below. You’ll find exclusive art, infinity pools, lounge areas and much more, all whilst soaking up the sun and the sea air. 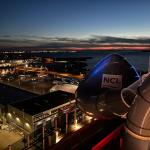 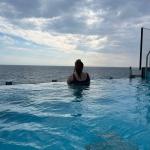 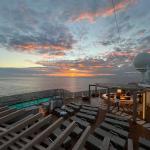 The ship further comes to life with the on board entertainment. Norwegian Prima’s headlining act is the Tony Award nominated Summer: The Donna Summer Musical

This is a showcase of the story of Donna Summer’s rise to fame. Showing the key stages of her career: Diva Donna, Disco Donna and Duckling Donna.

The show comes to life in the Prima Theatre & Club; the first venue in the world that transforms from a theatre to a three story (Studio 54 themed) nightclub.

What made our experience of Prima even better, was it’s summer home port of Reykjavik. Where it was Christened and made its Maiden Voyage out of. In Iceland, before we boarded the beautiful Prima we hired a car for the day and did the ultimate southern Iceland road trip, visiting iconic spots such as Skogafoss, the Stokkur Geysir, the Abandoned DC Plane crash and the Blue Lagoon and Sky Lagoon.

Want to see more about our ultimate Icelandic adventure ?

Watch our vlog below… 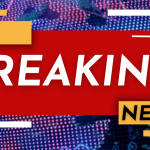 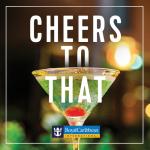