The new class of ship was announced late in 2016 and is currently under construction at the  Meyer Turku shipyard in Finland. Since it is the first ship of its class, we don’t have many details as of yet, however once we know, you will know!

April 2021, Royal Caribbean International President and CEO Michael Bayley talked briefly about the new ship, “We have the brand new Icon class coming, which is going to be a real game changer.” With an estimated 5,600 passengers, and 200,000 gross tons in size, Icon is set to be larger than the Quantum size ships, yet smaller than the Oasis class.

In January 2022, a large pearl shaped object was spotted in the shipyard, which sparked curiosity amongst cruise fans. Whilst it is unclear what this is going to be, we are all loving to guess in the office.

Further details of Icon Of The Seas are set to be announced soon, so keep your eyes peeled as we update you through our weekly breaking news.

Watch the first sneak peek of Icon Of The Seas below…

Become An Icon on the brand new Icon of the Seas, see the first teaser video for the Brand New Class of Royal Caribbean Ship, launching Autumn 2023 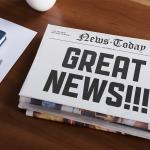 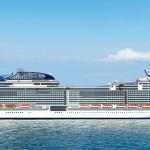 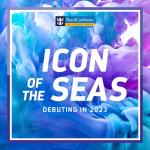